new recruitment of Chrysler will be openned 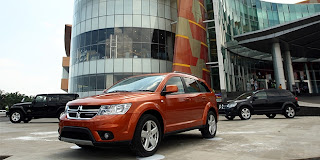 Chrysler is ready to increase production capacity at three plants in Michigan, USA with funding of 238 million U.S. dollars. From this new investment, the U.S. car brand is ready to receive 1250 new workers to boost production of machines and pickup more.

Yesterday (11/15/2012) morning, Chrysler CEO Sergio Marchionne, Vice President of the Automotive Trade Unions Holiefield and Detroit Mayor Dave Bing met in one of the factories Mack Avenue Engine I and direct Simultaneously it announced plans to the public.

The biggest investment that put 198 million dollars will be used for engine assembly facility in Detroit and the purchase of new equipment in assembling one of which, 3.6-liter Pentastar V6. This machine has been used on some 11 models of Chrysler, Dodge and Jeep.